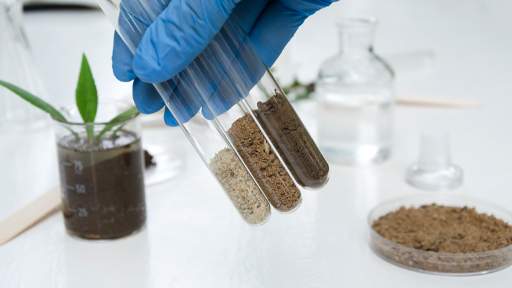 Soil and sediments are integral parts of the earth and play a major role in food security. The elements in soil have a significant influence on the soil quality and are closely related to human and environmental health. Besides the nutritional elements that are necessary for plant growth, other trace elements in soil are also considered as heavy metals that can be absorbed by plants through their roots, affecting food safety and posing a potential risk to human health.

ICP-OES is widely used in agricultural laboratories for soil analysis due to its simultaneous multi-element measurement capability, high sensitivity, and low detection limits. This technique has been described in many standards for elemental analysis of wastes and soils, such as U.S EPA Method 200.7, EN 13346:2000 and the China standard HJ 781-2016. This work demonstrates the ability of the Avio® 550 Max ICP-OES to rapidly and reliably analyze 22 elements in soil per China standard HJ 781-2016.