The World Standard Method for determining sprout damage and alpha-amylase.

The Perten Falling Number® System measure alpha-amylase enzyme activity in grains and flour to detect sprout damaged grain allowing users to optimize grain products for their intended use. Alpha-amylase activity is crucial to final product quality of bread, pasta, noodles and malt. Anyone trading, processing and using wheat, barley, rye or sorghum intended for these applications will benefit from the Falling Number system.

In years with rainy weather during harvest, significant sprout damage may occur. In such years every truckload of grain should be tested at elevators and grain intakes before unloading and risk mixing loads of sound grain with sprout damaged grain. Damaged grain can be rejected or segregated for use in animal feed or for other non-baking purposes such as biofuel. Segregation is important as a few percent of highly sprouted grain mixed with sound grain can render the entire mixture unsuitable for bread making or other end product purposes. Segregation also allows for a careful blending of grains to meet Falling Number specifications - particularly at the flour mill.

The Falling Number value can vary from 62 seconds for heavily sprouted grain to well over 400 seconds for some specific varieties of wheat. Segregation limits vary from country to country and depend on the end-use purpose of the grain. In the EU, the limit for intervention of bread (common) wheat is a minimum Falling Number of 220 seconds. Segregation limits at 250, 300 and even 350 seconds are commonly used by exporting countries for wheat and durum. Limits are lower for rye with segregation below or above the 110-140 seconds' range.

The Falling Number value is used in price regulations for payment to farmers or traders in national and international trade and for verifying trade contract quality specifications. Damaged wheat can receive a 10-30% lower price causing significant economic losses to the farmer or grain trader.

Producing noodles from flour with a low Falling Number is difficult as it leads to difficulties in dough handling, cutting, extrusion, and product sticking to machinery. It also results in an off-color end consumer product which will be sticky after it is boiled. Using flour with the correct Falling Number® will result in savings through improved processing as well as a higher quality end product.

Sound, viable grains are required for a high germination rate in malting barley. Several studies have shown that barley that has pre-germinated in the field has a decreased ability to germinate during the malting process, leading to high levels of beta-glucan in the wort. Even barley with a low degree of pre-germination will be affected. The ability to germinate further decreases during storage, and barley with acceptable germination at harvest could - just months later - exhibit germinations significantly lower than the generally requested 95%. The slight pre-germination cannot be detected through visual inspection. 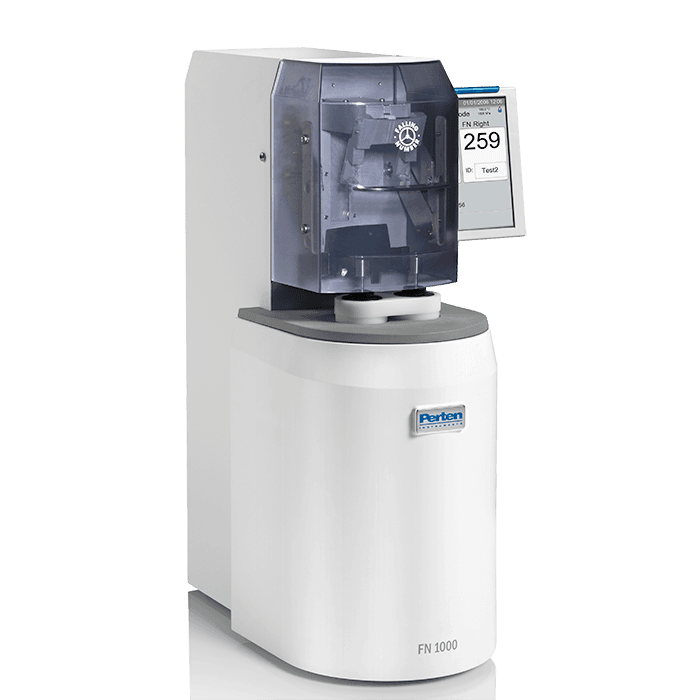 FN 1000 is the newest and most modern Falling Number instrument model and offers many new benefits and improved features. It's a dual analysis system suitable for everyone who requires reliable analysis and high capacity. 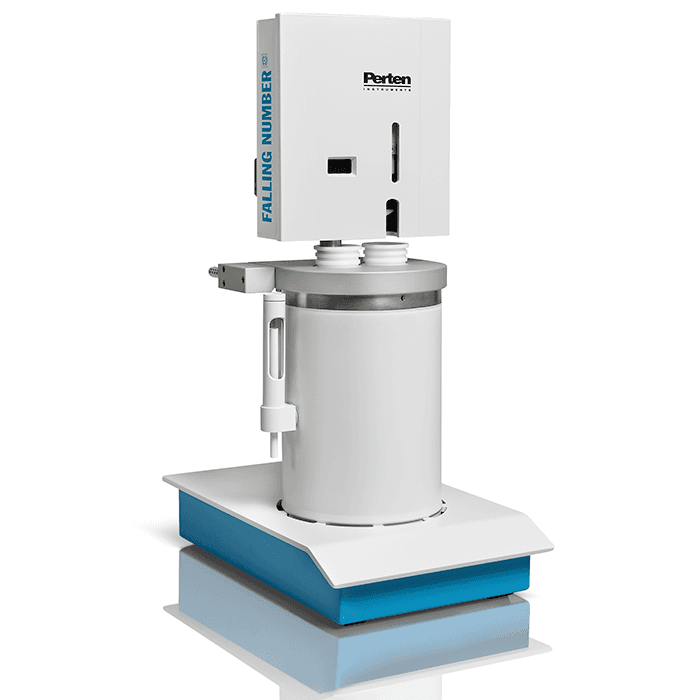 FN 1310 is our basic model which allows users to buy an original Perten system at a value price. It is an automatic single analysis system designed for fast and convenient operation of the Falling Number test. The high quality standards to which the FN 1310 is built offer high return on your investment through many years of trouble-free operation.

Need to Speak with a Specialist?