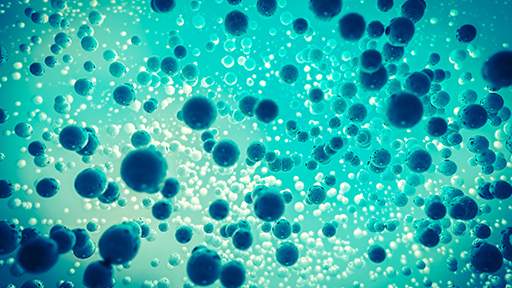 Carbon is difficult to measure with ICP-MS because of its high ionization potential and its presence in both the argon used to generate the plasma (primarily in the form of CO2, as an impurity) and in reagents, including acids and water. As a result, extremely high backgrounds exist at both of the naturally occurring isotopes of carbon: C12 and C13. With no easy way to remove these sources of carbon, limits of detection with either isotope are severely affected.

One way to greatly reduce backgrounds is by shortening the measurement times using dwell times in the range of microseconds, as is typically done with single particle ICP-MS (SP-ICP-MS). Working at these short dwell times in SP-ICP-MS mode, the background signal is reduced whereas the overall signal from the particles remains unaffected, allowing particles to be detected and measured at levels that were previously unattainable.

This work – co-authored by Francisco Laborda and Celia Trujillo from Université of Zaragoza (Zaragoza, Spain) as well as Ryszard Lobinski at Université de Pau et des Pays de L’Adour (Pau, France) – describes the capability of SP-ICP-MS as a screening tool for the detection of microplastics, using PerkinElmer’s NexION® ICP-MS with Syngistix™ Nano Application software module. Plus, the unique capabilities of PerkinElmer’s Asperon™ linear-path spray chamber, with a typical transport efficiency of ~30% for micron-sized particles and cells, make it ideal for the analysis of micron-sized microplastic particles.