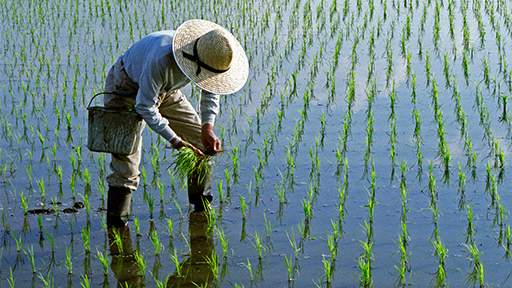 Rice represents a dietary staple for over half of the world's population. However, in recent years, concerns have been raised over the presence of high levels of arsenic (As), where this carcinogenic metalloid can be accumulated at levels far exceeding ambient concentrations. Since China is the world's largest producer of rice, the Chinese government released a national standard method in 2014 for food safety – GB 5009.11– to aid the evaluation of As species in rice and rice products. In this document, HPLC-ICP-MS is identified as the preferred analytical technique.

In this study, five arsenic species were characterized in a commercial rice sample and certified reference material using a gradient anion-exchange method in accordance with GB 5009.11. The analysis was performed using a PerkinElmer NexSAR™ HPLC-ICP-MS speciation solution, consisting of a NexSAR inert HPLC coupled to a NexION® ICP-MS.