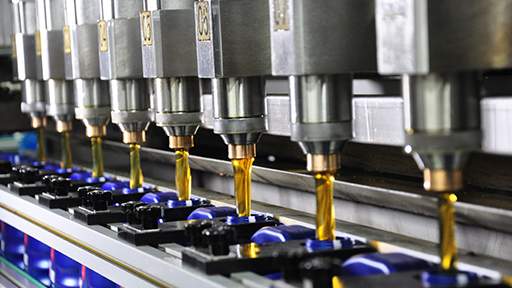 A major cause of engine failure behind lubricant failure is that of the coolant. Formulations of engine coolant (also known as antifreeze) consist of glycol, water and an additive package. Although the additives can differ by their chemistry and formulation, the function of the additives in the fluid is to prevent corrosion and promote operational efficiency. Nitrite (NO2-) is a common additive to coolant formulations that is used to prevent O2 pitting of the cylinder liner by creating an oxide patina protective layer. The nitrite additive in the fluid is consumed as it is in use however, and as such requires frequent testing to maintain appropriate levels.

UV/Vis spectroscopic technique for analysis of nitrite in aqueous samples is easy and offers the advantage of accuracy, speed and automation for high volume testing. This application describes EPA method 354.1 as a template to accurately determine nitrite levels as ppm NO2- in O2 glycol based aqueous engine coolant using the PerkinElmer LAMBDA® 365+ UV/Vis Spectrometer.