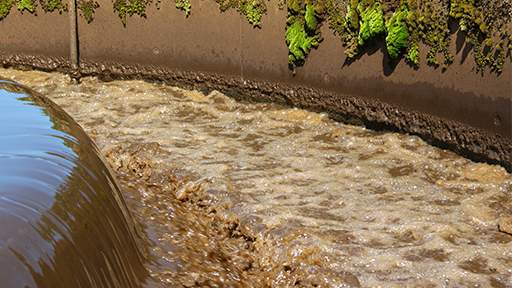 Malodor pollution in water has emerged as an increasingly worrisome consequence of continued worldwide urbanization and industrialization. Volatile organic sulfur compounds (VOSCs), such as dimethyl disulfide (DMDS) and dimethyl trisulfide (DMTS), have been identified as a primary contributor to malodor pollution in water, and are considered a serious safety and environmental threat, rendering drinking water sources unpalatable. In this study, a method for the determination of DMDS and DMTS in water was established using a PerkinElmer Clarus® GC/FPD with the TurboMatrix™ HS-40 Trap. The methodology offers a simple, sensitive and efficient means of detecting DMDS and DMTS in water.