Liquid chromatography (LC) has been utilized in a number of industries, including the food, industrial and pharmaceutical sectors for decades. The wide range of applications that can be supported on a liquid chromatography instrument make it ideal for laboratories seeking to increase throughput, analytical flexibility and performance.

Chromatography is an analytical technique utilized to separate, identify, and quantify components of a sample. At the most basic of levels, chromatography involves dissolving a sample in a mobile phase which then travels through a stationary phase that separates the components of the sample into individual compounds or analytes. Those compounds are then identified and subsequently quantified using a number of different detectors on the back end of the instrument.

Once the sample interacts with the stationary phase, and is separated into the various individual components, they then enter the detector, and the instrument’s chromatography data system (CDS) generates a peak on a chromatogram. Figure 1 illustrates a chromatogram with six peaks identified. Comparing the peak’s retention time and other detector-dependent factors (such as absorbance or fluorescence) to known standards allows for the identification of each of the peaks as discrete compounds. The area under the peak corresponds to the amount of that compound in the sample. Thus, liquid chromatography can be used to both identify and quantify the components in a sample. 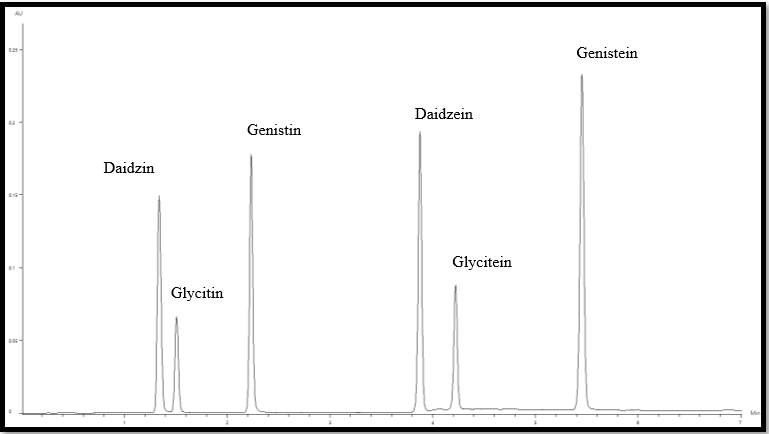 There are a number of detectors that can be utilized with an LC instrument. For example, the PerkinElmer LC 300 system is available with five different detectors:

The choice of detector will be directly dependent upon the type of application or analysis being done. For instance, PDA and UV/Vis detectors require that analytes contain chromophores, or that a part of its chemical structure absorb ultraviolet light. If the analyte doesn’t contain a chromophore or absorb UV light, it won’t be detected with a PDA or UV/Vis detector.

The configuration of the pump and column are primarily what differentiate an HPLC system from a UHPLC system. HPLC pumps typically deliver solvent at consistent pressures between 6,000 and 10,000 psi (413 – 689 bar). It is imperative that the pump pressure be maintained at a constant rate, even with the backpressure created as the mobile phase interacts with the stationary phase. A constant flow rate, along with built-in solvent degassers to remove dissolved gasses in the mobile phase, ensures reproducible and accurate results.

HPLC columns typically contain particles that are 3-5 µm in size, and vary in length and diameter, depending upon the intended application. Although not always the case, longer column formats typically yield better separations, as non-target compounds are exposed to the column for longer periods of time. Longer columns, however, slow down the analytical process, and it is thus important to balance separation efficiency with the need for fast separations.

UHPLC columns utilize smaller particles, typically 2 µm or less. As the particle size is reduced, so is the size of the column itself. UHPLC columns are often half the size of HPLC columns in terms of both diameter and length, increasing the efficiency of the separation, and the speed of the analysis. Studies have shown that it is possible to achieve an equivalent level of chromatographic efficiency utilizing a 150 mm HPLC column packed with 5 µm particles, and a 50 mm UHPLC column packed with sub 2 µm particles2.. The sample analysis time, however, is improved 9-fold using UHPLC2. The smaller particles used in UHPLC columns also yield narrower chromatographic peaks, improving resolution and sensitivity.

To accommodate UHPLC columns with smaller particle sizes, UHPLC pumps must operate at a higher pressure to propel the mobile phase through the more tightly packed stationary phase. UHPLC pumps commonly offer solvent delivery at pressures in the 12,000 – 18,000 psi (827 – 1241 bar) range. The higher pressures associated with UHPLC pumps can cause column degradation, owing to the pressure shock on the column experienced during sample injection as the valve switches. Recent technology, such as PerkinElmer’s Intermediate Loop Decompression (ILD™) injection valve, reduces these pressure fluctuations, thus increasing column lifetimes, even at the higher pressures generated by UHPLC columns

In the next article in this series, the applicability of method transfer from HPLC to UHPLC will be discussed.