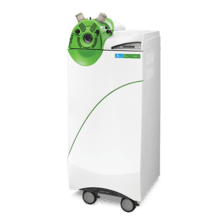 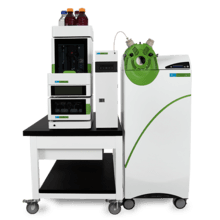 Ideal for analyzing food, cannabis, and environmental samples, our robust and reliable QSight® triple quad systems consistently deliver the throughput and productivity you need in your analytical testing lab. Now we’ve added the premier model to our QSight family: the high performance 400 series. This ready-to-implement solution has the highest sensitivity and throughput the industry has ever seen and the capability to test for the most challenging, complex samples, including cannabis.

For routine analysis of everyday samples in simpler matrices, our QSight 100 series triple quad delivers rugged high performance, linearity, and sensitivity in an affordable, compact footprint. This is your everyday partner for confident quantification.

Per- and polyfluoroalkyl substances (PFAS) are man-made carbon-chain based compounds that have been widely used in commercial and industrial products such as fire-fighting foams, water proofing treatments for clothing and furniture, nonstick cookware, and paper. PFAS’ are thermally and chemically stable, and resistant to degradation, making them ideal for many applications, but also allows the chemicals to bioaccumulate in the environment, leading to a designation as a contaminant of concern to human health and wildlife.

A selective and sensitive LC/MS/MS method for fast identification and analysis of meat samples using three peptides specific for pork as biomarkers. . The optimized sample preparation procedure is easy to follow and can be used for analyzing raw, cooked and processed meat products. This method can selectively detect peptides from pork meat species at a threshold detection limit of 1% w/w (10 mg/g) in a variety of food products and thus the method can be useful for analysis of Halal food (or pork related food products) samples.

Aflatoxin B1 is often found in animal feeds such as corn, cottonseed cake, groundnut meal, and other agricultural commodities. When these contaminated feeds are ingested by milk-producing animals, such as cattle, aflatoxin B1 can be converted to aflatoxin M1 (a hydroxy derivate of aflatoxin B1) by oxidation metabolism, and then excreted in milk. To protect consumers from the potential toxicity and carcinogenicity of aflatoxin M1, regulatory agencies have established regulatory limits or action levels for aflatoxin M1 in milk products.

In this study, a simple, fast, selective and sensitive LC/MS/MS method for the analysis of aflatoxin M1 is presented, along with the evaluation of three sample preparation methods.

Glyphosate is a very polar compound with high solubility in water and low solubility in most organic solvents and, as such, requires methods based on derivatization which are labor-intensive and time consuming. The present work shows a 12 minute LC-MS/MS method with an amino-based column to analyze glyphosate and other related polar compounds in underivatized states, with exceptional selectivity and sensitivity.

Haloacetic acids (HAAs) are a class of undesired by-products resulting from the reaction of chlorinated disinfectants with natural organic matter in water, Which is known to be carcinogenic. The Japan Ministry of Health revised the inspection method for HAAs, which led to expansion of the analytical technique to include LC/MS/MS) as an alternative to the GC-MS method.

Cartridges containing cannabis extract or CBD are some of the cannabis industry’s fastest-growing major product categories. It is imperative that the composition of these products is understood to ensure that components in the product do not contribute to e-cigarette or vaping product use-associated lung injury (EVALI). Vitamin E acetate, often used as a thickening agent in the production of vape oils obtained in the illicit market, has been suggested to be a cause for EVALI.

In this application note, an LC/MS/MS method for the determination of vitamin E acetate (tocopherol acetate) in vape oil cartridges is presented. The method, which quantifies vitamin E acetate in less than three minutes utilizing a QSight® 420 triple quadrupole system, addresses the diversity and complexity of the cannabis and CBD matrix which have historically resulted in interferences that prevent rapid and accurate analysis.

In this study, the QSight LC-MS/MS system was used to evaluate the potential of eliminating sample preparation for trace level pesticide analysis in a complex sample such as wine. We injected undiluted red and white wine samples into the mass spectrometer and studied reproducibility in analysis of the spiked pesticides over 200 injections. The instrument showed excellent reproducibility with minimal signal drift during the duration of the study (over a week), confirming the robustness of the QSight mass spectrometer.

Food testing labs like yours are constantly challenged with accurately analyzing samples quickly and efficiently - all while striving to reduce costs due to market forces. Your commitment to ensuring meat and seafood are safe for consumption, as demand increases, is an uphill battle.

Our commitment to you: to provide a range of solutions across multiple technologies, products, and services that meets or exceeds the testing needs of food processors. Our solutions offer more efficiency and increased accuracy and sensitivity for better yields in real time with minimal training.

From instrumentation and software to consumables and reagents to service and support, we are dedicated to providing you with end-to-end solutions that ease your everyday challenges of automation, throughput, service, and time to results.

Our QSight triple quad LC/MS/MS family has always been known for its robust and reliable performance. But now there’s something new – something better: the high performance 400 series. Our ready-to-implement solution has the highest sensitivity and throughput the industry has ever seen and the capability to test for the most challenging samples and analytes.

Whatever your separation challenge, your choice of liquid chromatography (LC) column can make all the difference. Our Quasar portfolio of LC columns combined with the improved work? Workflow and usability of the LC 300 system allows you to achieve rugged and reproducible results. Now, with the purchase of an LC 300 system, you can pick out a Quasar LC column free of charge. Learn more below.

Our QSight triple quad LC/MS/MS family has always been known for its robust and reliable performance. But now there’s something new – something better: the high performance 400 series.

Our modular Simplicity 3Q™ software is ideal for acquiring, quantifying and reporting 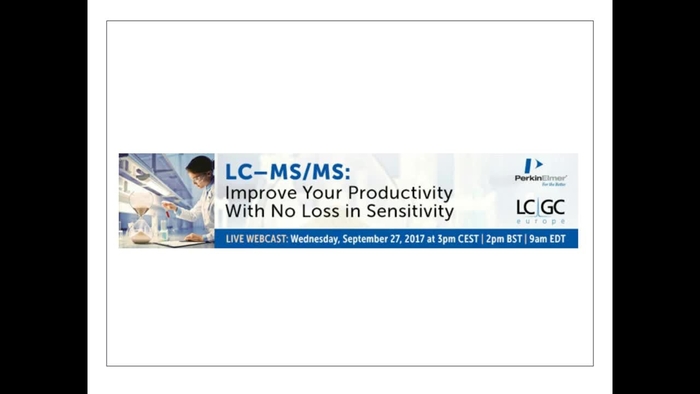 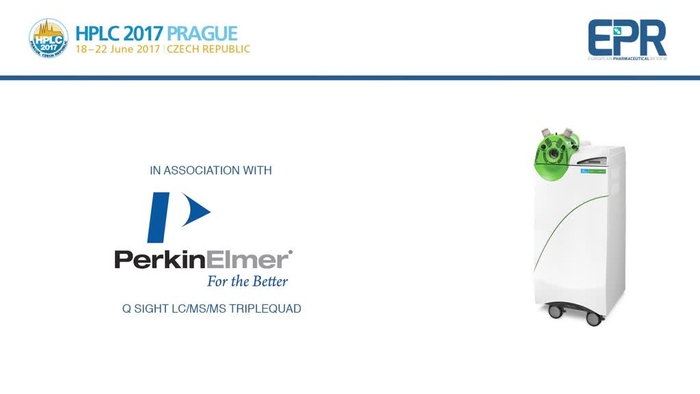