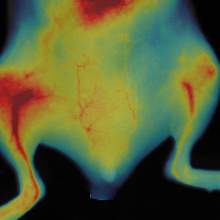 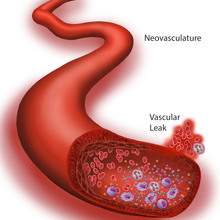 The availability of probes at 680 nm and 750 nm wavelengths further offer the opportunity for multiplex imaging of appropriate probe combinations to maximize information gained from research animals.

In Vivo Imaging Knowledge Base
ASK

Optical-based in vivo imaging of vascular changes and vascular leak is an emerging modality for studying altered physiology in a variety of different cancers and inflammatory states. A number of fluorescent imaging probes that circulate with the blood, but have no target selectivity, have been used ...

Researchers trust our in vivo imaging solutions to give them reliable, calibrated data that reveals pathway characterization and therapeutic efficacies for a broad range of indications. Our reagents, instruments, and applications support have helped hundreds of research projects over the years. And ...

Fluorescence molecular imaging is the visualization of cellular and biological function in vivo to gain deeper insights into disease processes and treatment effects. Designing an effective study from the beginning can help save time and resources.

Data sheet on PerkinElmer's Fluorescent Panels for In Vivo imaging

The goal of in vivo fluorescence molecular imaging is to enable non-invasive visualization and quantification of cellular and biological functioning to better understand and characterize disease processes and treatment effects earlier within the context of a biological system.

The Role of In Vivo Imaging in Drug Discovery and Development 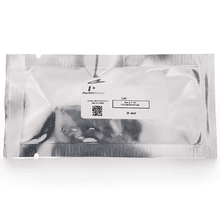