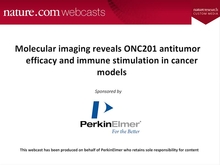 The FMT® 1000 is an entry level 3D fluorescence tomographic system with the ability to quantitate a single fluorophore at a time.

The system comes with either a 680 or 750 nm excitation laser channel and is useful for a range of applications including oncology, inflammation, and cardiovascular disease. It is ideal for researchers who are learning 3D fluorescence tomography and do not require the ability to image multiple fluorophores simultaneously. The FMT 1000 is fully upgradeable to the FMT 2000 or FMT 4000 for performing quantitative tomography with a wider range of in vivo applications and imaging agents.

Non-invasive preclinical imaging techniques have become important tools in biomedical research, advancing the researcher’s ability to monitor disease progression and the impact of therapeutic intervention in a variety of disease areas. With the recent advances in NIR tomographic imaging technology it has been possible to demonstrate the capabilities of fluorescence molecular tomographic (FMT®) imaging to detect and quantify fluorescent biomarkers of disease in deep tissuesites of cancer, inflammation, and infectious disease. The development of the Multispecies Imaging Module (MSIM) now allows the power of deep tissue FMT imaging to be applied to preclinical rat research models.,The MSIM allows the researcher to rapidly switch between mouse and rat imaging through the addition or removal of the mouse cassette adapter. With the adapter in place, the standard mouse imaging cassette can be inserted for mouse imaging. Removal of the adapter allows the insertion of a larger imaging cassette suitable for rats or other animals of similar size (i.e. 200-450 g body weight), with gas anesthesia delivered effectively to the animal during imaging.

Current means of measuring disease in preclinical models of atherosclerosis include ex vivo assessment of disease tissues post-mortem and non-invasive imaging primarily of structural and anatomic features of lesions, in vivo. A non-invasive, quantitative means of imaging known biologic profiles associated with atherosclerotic disease, in vivo, would enable a robust additional understanding and analysis of disease progression and therapeutic response in research and drug development. We report the utility of the near infrared (NIR) protease-sensing, ProSense® 750 Fluorescent Pre-clinical Imaging Agent, in combination with the FMT® 2500 Quantitative Pre-clinical Imaging System for the non-invasive quantitative measurement of atherosclerotic disease biology and related response to therapy in apolipoprotein (apo) E-deficient mice in vivo. FMT (Fluorescence Molecular Tomography) imaging measured significant increases in aortic region protease activity with a range of values that were comparable to the range seen in the ex vivo aortic arches assessed by fluorescence reflectance imaging (FRI).

An in vivo non-invasive method to determine glomerular filtration rate (GFR). Glomerular filtration rate (GFR) is the gold standard in kidney function assessment and is used to determine progression of kidney disease and drug-induced kidney toxicity. One of the most accepted ways to assess GFR is by measuring the rate of disappearance of labeled inulin from the blood; as inulin is completely filtered at the kidneys’ glomeruli (but neither secreted nor reabsorbed by the tubules), this rate of disappearance is directly proportional to GFR. We have developed a near infrared (NIR) fluorescent-labeled form of inulin (GFR-Vivo™ 680) in a spectral region providing low background and high tissue penetration (ex/em = 670/685 nm) for in vivo application. Fluorescence molecular tomographic (FMT) imaging of the heart was used to detect and quantify blood levels of GFR-Vivo 680 at multiple time points, providing the necessary data to calculate the clearance rates in individual animals. Following an intravenous bolus of NIR-Inulin in SKH-1E mice, FMT® images were acquired at 1, 5, 15, 30, and 45 minutes post-injection. Clearance rates were calculated using a two-compartment curve fitting, yielding average rates of 270 + 6 mL/min in normal mice. GFR-Vivo 680, in combination with FMT heart imaging, provides a non-invasive fluorescent imaging approach to generate consistent GFR measurements in models of kidney disease, dysfunction, and drug toxicity.

Fluorescent dyes have been used for many years to label cells for microscopy studies, and a variety of dyes in the visible fluorescence spectrum are available to label different cellular compartments and organelles. Efficient delivery of the fluorophore to the cell without excessively modifying surface proteins or perturbing cell function is the major biotechnological challenge. In addition, researchers have taken on the challenge of in vivo imaging, focusing on near infrared (NIR) dyes that fluoresce in a spectral region better suited for in vivo imaging due to reduced background and higher tissue penetration.

Asthma is an inflammatory disease process characterized by reversible airway obstruction and airway hyperresponsiveness. This disease process is driven by activated T lymphocytes and eosinophils that are recruited to the lung upon inhalation of triggering allergens. These cells release inflammatory mediators, activate mast cells and epithelial cells and stimulate mucus secretion, ultimately leading to airway obstruction. The incidence and severity of asthma is increasing worldwide, elevating the need for clinically relevant in vivo animal models that can be used to improve the understanding of asthma biology and the development of effective therapeutics. Here we illustrate the use of PerkinElmer’s FMT® 2500LX Quantitative Pre-clinical Imaging System in combination with ProSense® 680 Fluorescent Pre-clinical Imaging Agent, a near-infrared, protease-activatable agent, for the noninvasive in vivo imaging and quantitation of pulmonary inflammation.

Complete suite of in vivo fluorescence tomography imaging solutions from PerkinElmer lets you discover more about biological targets, processes and pathways, directly in the living animal.

Researchers trust our in vivo imaging solutions to give them reliable, calibrated data that reveals pathway characterization and therapeutic efficacies for a broad range of indications. Our reagents, instruments, and applications support have helped hundreds of research projects over the years. And our hard-earned expertise makes us a trusted provider of pre-clinical imaging solutions— with more than 9,000 peer reviewed articles as proof.

WMIC 2013 poster,Fluorescence Molecular Tomography (FMT) is,commonly used in small animals, most,commonly mice. A significant challenge in,imaging larger anatomies is the computation,time required to perform both the forward,model for light propagation and the matrix,inversion for computing the distribution of,fluorophores in the animal. We present a,technique for reducing the size of the problem,through the use of hybrid computations in real,space and in Fourier space, which results in a,speed-up in computation time by several,orders of magnitude.

WMIC 2013 poster,Transferrin (Tf) transports iron to all tissues, particularly those with highly metabolic cells like tumors because of their high demand for iron (for heme synthesis and as cofactors of non–heme enzymes). Given the overexpression of Tf receptors (TfR) on malignant cells, targeting TfR has been a successful approach as a strategy for pharmacological intervention in both cancer diagnosis and therapy, providing a means for selective delivery and rapid receptor-mediated internalization in tumors. While most of the imaging agents targeting TfR have involved the use of radiochemicals, in this study we generated a novel TfR-targeted agent using near infrared fluorophore labeled transferrin, Transferrin-VivoTM 750 (TFV750).

As with any functional imaging, one of the critical factors in an investigator’s ability to interpret Fluorescence Molecular Tomography (FMT) data is the reliability of the tomographic reconstructions. False negatives (missing signal) and false positives (artifacts) both hamper the accurate interpretation of data. Our study addresses the most prominent false positive artifacts with a reliable way of reducing their effect without a need for a priori assumptions about the concentration of fluorescence in the reconstruction.

Imaging and quantification of bombesin receptor expression in vivo - WMIC 2013 Poster,Bombesin-like peptides, including the mammalian analogs,gastrin-releasing peptide (GRP) and neuromedin B (NMB),function as growth factors in normal and neoplastic tissues.,For example, GRP receptors are found in the,gastrointestinal tract where they mediate hormone release,and epithelial cell growth. These receptors are also,overexpressed in a variety of cancers and have been used,to develop imaging tracers and as targets in radiotherapy.,As a pre-clinical alternative to using ionizing radiation, we,developed a novel near infrared (NIR) fluorescent agent,BombesinRSenseTM 680 (BRS680), designed to target and,quantify bombesin receptors in vivo.

Bacterial infection is a serious and costly clinical issue, so there is significant need for preclinical tools for assessing infection and therapeutic intervention. Rapid and non-invasive imaging technologies and targeted imaging agents would prove invaluable in diagnosing and managing bacterial infections. To this end, we developed a unique type of fluorescent agent that can quickly target bacteria, providing a fluorescent method to quantify bacterial load during infection as early as one hour post-injection. A red cationic agent (BacteriSenseTM 645) targeting the negative charge at the surface of bacteria was developed

Folic acid (vitamin B9) is an essential nutrient required by eukaryotic cells for survival that is acquired and internalized via folate receptors (FR) on the cell surface. In particular, it is the highly metabolic cells that upregulate FR, and many different human tumor cells, including ovarian, breast, cervical, renal, colorectal and nasopharyngeal cancer cells show significant upregulation as compared to normal tissues. As such, folic acid has been successfully exploited as a cancer specific targeting moiety for the efficient delivery of chemotherapeutic agents, drug carriers, photosensitizers and diagnostic reporters. Critical to the success of such agents is the determination of the level of FR expression for a given tumor, since weak FR-expressing cancers will not respond well to folate-targeted therapies. There is therefore a need for specific and quantitative imaging agents

Ill-posedness of diffuse fluorescence tomography,inverse problems often leads to artifacts,localized near the points where excitation light,is injected into the subject. These artifacts are,especially problematic in systems with high,levels of non-specific dye, as is often,encountered after intravenous injection of,targeting agents in small animal models.,Earlier efforts to remove these artifacts have,utilized a priori structural information to guide,the reconstruction on the location of inclusions.,In this work for fluorescence tomography, an,algorithm to reduce excitation source coupling,artifacts near the air-tissue boundary using a,least-squares method in the absence of userimposed,expectation is described. This method,is based on a technique developed by Kempner,Ripoll and Yared (Poster P422, this conference),for the algebraic reconstruction technique.

Tumor neo-vasculature, characterized by the development of abnormal, leaky and tortuous blood vessels, represents a key target for cancer imaging and therapy. Among the various recognized tools for measuring microvessel density is tomato (Lycopersicon esculentum) lectin, a single polypeptide glycoprotein that binds to sugar-containing proteins present on the endothelium. The aim of this study was to develop a near infra-red tomato lectin imaging agent to non-invasively assess tumor vasculature in vivo. Conjugation of the near infra-red fluorophore VivoTag 680XL (epsilon=210,000/M/cm; abs/em max 665/688 nm) to tomato lectin was carried out by addition of the fluorophore in a DMSO solution to lectin in aqueous sodium bicarbonate. Yields of greater than 95% were achieved, based on absorbance, with a typical loading of 2 dyes per lectin. The resulting agent, TLectinSenseTM 680 (TL680), preferentially labeled primary human umbilical vein endothelial cells. Specificity of the binding was validated by control experiments using free dye and competitive blockade with excess unlabeled tomato lectin. In vivo, non-invasive, real-time imaging and quantification of tumor neo-vasculature was performed in two models: matrigel plugs containing bFGF, VEGF and heparin injected into the flank of SKH-1 mice and nude mice bearing Lewis Lung Carcinoma tumors. Using Fluorescence Molecular Tomography (FMT®) 6 hours after TL680 (4 nmoles) intravenous injection, tumor endothelium-associated fluorescence was detected in matrigel plugs and this...

The Role of In Vivo Imaging in Drug Discovery and Development

The primary goal of preclinical imaging is to improve the odds of clinical success and reduce drug discovery and development time and costs. Advances in non-invasive in vivo imaging techniques have raised the use of animal models in drug discovery and development to a new level by enabling quick and efficient drug screening and evaluation. Read this White Paper to learn how preclinical in vivo imaging helps to ensure that smart choices are made by providing Go/No-Go decisions and de-risking drug candidates early on, significantly reducing time to the clinic and lowering costs all while maximizing biological understanding.