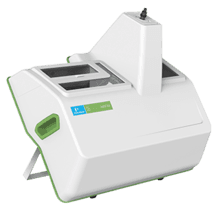 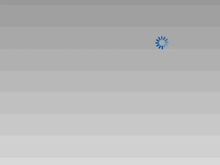 The innovative AxION® DSA™ system brings a whole new level of ease, productivity and enhanced performance to any laboratory.

From sample to results in seconds! The innovative AxION® DSA™ system brings a whole new level of ease, productivity and enhanced performance to any laboratory. No up-front chromatographic separation, lengthy method development, or sample preparation is needed when using the AxION DSA system. See how some analytical labs are experiencing the DSA difference:

Analysis of Additives in Biodegradable Polymers

Biodegradable polymers are increasingly being used as an alternative to conventional commercial polymers since, unlike synthetic polymers, they do not persist as long in the environment thus making them an ecofriendly alternative. Biodegradable polymers can be made from renewable resources such as starch, chitin and cellulose or nonrenewable resources like poly(butylene adipate-co-terephthalate). Additives are added to biodegradable polymers to manipulate selected physical properties, such as toughness, flexibility, or barrier properties, thereby improving their functional capability. These additives can leach into their surroundings, potentially affecting products in contact with them, such as foodstuffs. Characterization of these additives in food packaging is important so as to support good manufacturing practices and address safety concerns. Methods to characterize additives involve exhaustive extractions and often involve separating the additives from the polymer matrix.1 We present a study identifying additives in bioplastics using ambient ionization mass spectrometry. The analysis of each sample was completed in a few seconds and a wide range of additives in different types of biodegradable polymers were identified.

There is no standard method to quickly screen and confirm cathinones in bath salts. To address this issue, use of the AxION® Direct Sample Analysis™ (DSA™) integrated with the AxION 2 time-of-flight,mass spectrometer (TOF) (PerkinElmer, Waltham, MA) was implemented. Cathinone standards and bath salt samples were rapidly screened and confirmed in seconds by accurate mass and isotopic distribution of parent and fragment ions using DSA/TOF and AxION Solo™ software.

Due to increased use among adults, there has been a concomitant rise in dietary supplement adulteration by fraudulent manufacturers.

In recent years, nanomaterials modified with organic molecules, have been used in various technologies including nanomedicine, biosensing and smart nanomaterials. Nanoparticles can be modified with an organic monolayer which often contains functional groups that act as hooks onto which, biomolecules or other organic molecules can covalently attach. The surface coating of nanoparticles with these organic ligands can provide distinct properties such as improved wettability, stability, and solubility of the particles. For example, a polar surface coating gives high aqueous solubility and prevents nanoparticle aggregation. In biological applications, nanoparticles are commonly coated with polyethylene glycol polymer since it increases their circulation time in the body and they experience less non-specific interactions compared to the unmodified nanoparticles. Characterization of modified nanomaterials is essential for improvement in quality control assessment and process efficiency. Various spectroscopy techniques including infrared spectroscopy, and X-ray photoelectron spectroscopy have been used for surface characterization of nanomaterials however, these lack specificity in identification compared to analytical technologies using high resolution accurate mass spectrometry (MS). Techniques such as matrix assisted laser desorption (MALDI) Time-of-Flight (TOF) mass spectrometry technology, which provide high resolution and mass accuracy, have also been used. However, the MALDI-TOF MS is limited by a suitable choice of matrix for analysis of organic capped nanomaterials, inhomogeneous distribution of sample in matrix and matrix interference at the low masses (<300 Da). In this study, we explore the use of ambient ionization TOF mass spectrometry, a technique that ionizes analytes in ambient conditions, to characterize the surface of nanomaterials.

This work highlights that screening, testing or real-time detection can be utilized to detect melamine-adulterated milk in a supply chain and that by determining where the sampling is taking place, who is carrying out the measurement and whether the testing is to meet regulation, will define which technology to use.

A variety of analytical techniques such as GC/MS, LC/MS, LC/UV, headspace GC/MS and stable isotope ratio analysis have been used to characterize vanilla bean extracts and detect its adulteration3-6. These measurement techniques are either expensive, time consuming, or both, and require extensive method development and sample preparation. In this work, we demonstrated that the AxION® Direct Sample Analysis™ (DSA™) system integrated with the AxION® 2 Time-of-Flight (TOF) mass spectrometer (DSA/TOF) can be used to detect contamination of vanilla bean extracts with tonka bean extracts with no chromatography or sample preparation, and within a few seconds.,

,Both EVOO and olive pomace oil have similar triglyceride composition and therefore it is difficult to distinguish them on this basis. In the past, time consuming GC methods with sample preparation have been used to show that the average amount of ethyl ester of oleic acid (EEOA) in extra virgin olive oil and refined lampante olive oil (similar to refined olive pomace oil) is 27.9 mg/kg and 770 mg/kg, respectively. It has also been reported that the ethyl esters of fatty acids in extra virgin olive oil were less than 32 mg/kg, whereas the ethyl esters of fatty acids in olive pomace oil were far higher; in the range of 500-40000 mg/kg. The higher amounts of EEOA in olive pomace oil can be attributed either to heat treatment in processing or to lower quality of olive fruits. Both EVOO and olive pomace oils have similar amounts of free oleic acid (OA)3. Therefore, the measurement of ratio of EEOA to oleic acid in EVOO can be used as a way to detect its adulteration with olive pomace oils and other lower quality olive oils, which have a higher content of EEOA in them. In this work using a Direct Sample Analysis™ Time-of-Flight mass spectrometry system (DSA/TOF), we developed a method with no sample preparation to determine adulteration of EVOO with olive pomace oil by measuring the ratio of EEOA to OA.,

Olive oil and other oils are composed mainly of triacylglycerols. These molecules are derived from the esterification of three fatty acid molecules with a glycerol molecule. The main triglyceride in olive oil is triolein (OOO); whereas the main triglyceride in seed oils (soybean, corn and sunflower) is trilinolein (LLL). Therefore, the measurement of ratio of trilinolein to triolein in olive oil can be used as a way to detect its adulteration with soybean and other seed oils, such as corn and sunflower, which have a higher content of trilinolein and lower amount of triolein in comparison to olive oil3. Using this strategy with a Direct Sample Analysis™ Time-of-Flight mass spectrometry system (DSA/TOF), we detected adulteration of olive oil with soybean and corn oil. In the past, methods employing gas chromatography/mass spectrometry (GC/MS) and high performance liquid chromatography (HPLC) hyphenated to MS (HPLC/MS) were implemented for this purpose.,

Going from sample to results can often be complex and time-consuming. That is why PerkinElmer has introduced a unique solution: the AxION® DSA (Direct Sample Analysis) system. Nothing simplifies workflows more than AxION DSA. Diminish cumbersome method development, eliminate chromatography and dramatically reduce sample preparation.

This reference notebook offers a diverse mix of forensic applications that specifically highlight the unique performance characteristics of the AxION 2 TOF and AxION DSA. Learn how our techniques and technology can screen, confirm and quantify various known and unknown sample types across a wide range of forensic and research applications.

We present an alternative technique to quantitate benzodiazepines in urine utilizing a rapid dilute and shoot LC method in combination with time-of-flight mass spectrometry (TOF MS).

With increasing concerns over contaminants in milk, ,both intentionally and unintentionally added, a growing ,number of people are switching to organic milk ,(sales of whole organic milk were up 17% between January and October of 2011 in the ,U.S. with reduced fat organic milk up 15%).

Pomegranate juice’s popularity has skyrocketed in the last,10 years. This has been due to a combination of the perceived health benefits of consuming the juice’s various antioxidant compounds (punicalagin, anthocyanins and ellagic acid) and its increased mainstream availability through Western pomegranate producers.

A novel enclosed Direct Sample Analysis (DSA) ion source was developed for the direct analysis of solid, liquid and gas samples using Atmospheric Pressure Chemical Ionization and Electrospray charged droplet charge transfer. The enclosed ion source allows programmed control of the reagent ion population, carrier gas species, enthalpy transfer and voltages in ionization and sampling region. Gas entering the ion source during operation can be vented to an exhaust system to avoid exposing the user to vaporized sample. Voltages are applied to the sampling inlet electrodes without exposure to the user during operation. Improved ionization and sampling efficiencies result from a combination of optimized heated gas flow and electric fields in the source and ion transport regions.