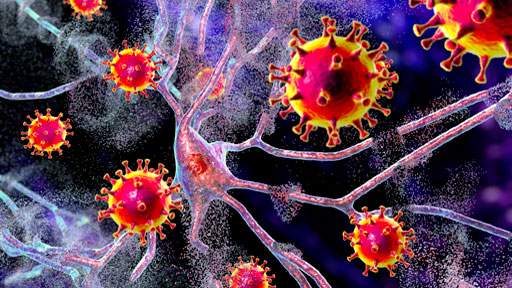 Epstein-Barr virus (EBV) is one of the most common human viruses found throughout the world. The majority of infections lead to benign latent EBV infection in B-lymphocytes. However, in some patients it induces B-cell transformation causing lymphoid malignancies such as Burkitt and Hodgkin’s lymphomas. There is also increasing evidence between EBV and autoimmune disorders such as multiple sclerosis.

During development of these malignancies, EBV-infected B cells are known to traffic to the central nervous system (CNS) to drive pathogenesis, yet the viral and cellular determinants driving this neuroinvasion remain poorly understood.

Learn how researchers from The Wistar Institute used bioluminescence optical and microCT imaging to monitor EBV-dependent B-cell trafficking to the CNS in a mouse model.