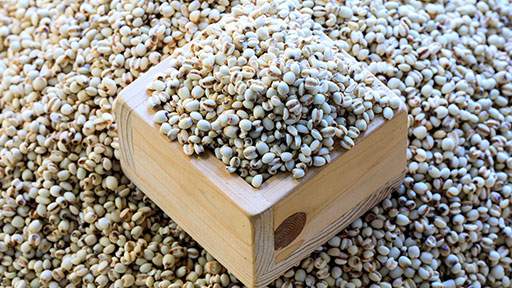 Coix seed, also known as Coix lacryma-jobi, Coicis semen and Job’s tears, is utilized in Traditional Chinese Medicine applications to enhance immunity, induce diuresis, and strengthen the spleen. Aflatoxins, a group of highly toxic secondary metabolites produced by fungi, have been found in coix seed, and can pose a potential health risk if aflatoxin contaminated seed is consumed. As such, control limits have been established throughout the world for several aflatoxins to minimize the exposure to humans and animals.