Deciphering the Role of Neutrophils in Virus-Induced Respiratory Disease 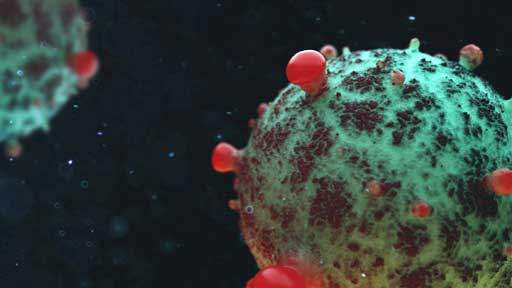 Long known as the immune system's first line of defense against bacterial invaders, neutrophils have sparked renewed interest as their proinflammatory response is implicated in the progression and severity of viral diseases, including SARS-CoV-2. As more is learned about their role in respiratory viral infections and subsequent complications, the factors that determine clinical progression into conditions such as acute respiratory distress syndrome (ARDS) may be better understood.

Learn how in vivo imaging using Neutrophil Elastase 680, a NIR fluorescent probe to detect activated neutrophils in affected tissue such at lung, can help reveal the biology of neutrophilic response in the context of pathologic lung injury, advancing what we know of viral respiratory infections.