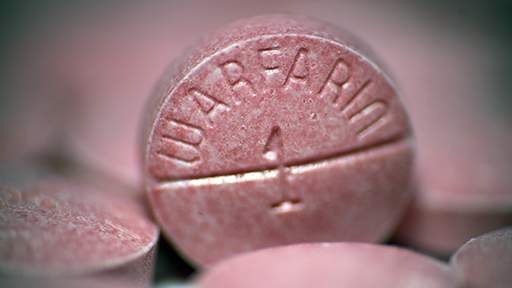 Today, Warfarin is the most widely used anticoagulant in the world, used to thin the blood and prevent clots.1 It was discovered by chance when in the 1920’s cattle in the US were found to be bleeding to death having eaten mouldy hay from sweet clover crops.2 However, the exact identity of the substance causing the haemorrhaging was to remain unknown for many years. Over the coming years studies of the spoiled hay eventually led to the extraction of a compound which was later named dicoumarol. It was observed that this dicoumarol could not act as an anticoagulant on its own. It was only after it was metabolised byfungi that it exhibited anticoagulant properties. This explained why only spoiled hay caused the outbreak in the cattle. After further research, the synthesis of a more potent anticoagulant from dicoumarol, warfarin, was produced. Warfarin first commercial use was as a rat poison in 1948, followed by license for human use in 1953. This application brief illustrates the analysis of warfarin, Figure 1, using the Quasar AQ liquid chromatography phase.