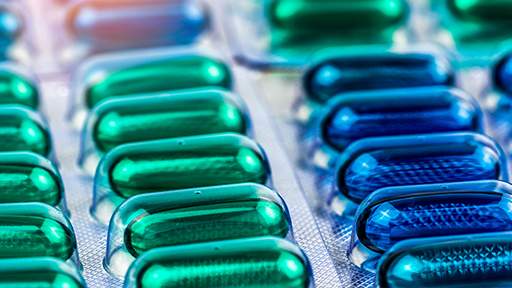 Naproxen is a nonsteroidal anti-inflammatory drugs (NSAIDs) used to treat certain types of arthritis and other acute inflammatory conditions. It was first released to the prescription drug market in 1976 under the name Naprosyn. Then a few years later its counterpart salt, naproxen sodium, was released for prescription use and is used predominately in formulations today. The HPLC analysis of Naproxen on a porous silica C18 column is well documented in the literature. However, with the current trend in liquid chromatography being towards higher kinetic efficiency and shorter analysis time the subsequent development in column technology has realised that, without the need to change instrumentation. This application brief will illustrate the application of a superficially porous particles (SPP) column for the analysis of naproxen.