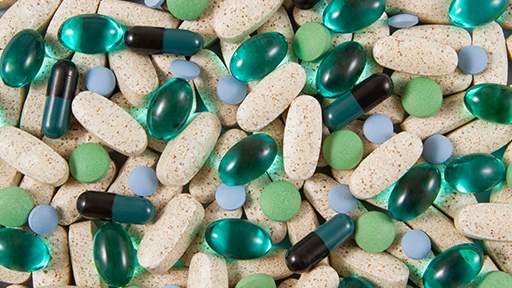 In 1906, English biochemist Sir Frederick Gowland Hopkins also discovered that certain food factors were important to health. All the vitamins we recognise today were discovered during the early 20th century. There are two groups of vitamins, fat soluble and water soluble. Both types are regarded as essential for normal growth and our overall well being. Vitamin B2 (Riboflavin) and vitamin B3 (Niacinamide) are water soluble vitamins, naturally occurring in a number of food stuffs including milk and eggs. Both vitamins are used as dietary supplements and can help lower cholesterol, prevent migraines. Hydrophilic interaction liquid chromatography (HILIC), as first suggested by Alpert in 1990 provides an alternative approach to effectively separate small polar compounds, on polar stationary phases, which are not well retained under reversed phase conditions. Water is the strongest solvent in HILIC and as mobile phases typically contain low levels of water the resulting methods are ideally suited for MS applications. This application brief illustrates the efficient separation of vitamin B2 and B3 applying the HILIC mode of separation using the Quasar SPP HILIC column.