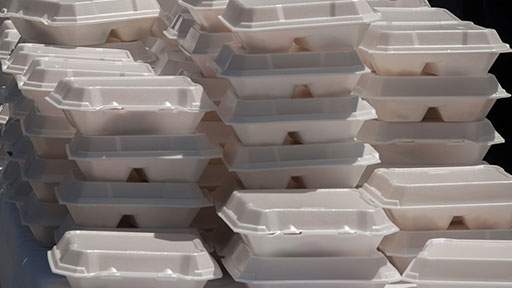 Styrene is a common organic compound which is a precursor for the widely used plastic polystyrene. Polystyrene is used in the production of items such as food packaging, laboratory wear and some electronics. As a result of this, styrene itself is produced on a large scale every year, with 25 million metric tons of the styrene monomer being produced in 2010. Chloromethyl Styrene (CMS) is a similar organic molecule to styrene, with the addition of a chloromethane molecule. It is used in combination with styrene to create the polymer chloromethylated polystyrene which has uses in ion exchange chromatography and in polymeric support for catalysts. Divinylbenzene (DVB) is another similar small organic molecule. It can be used to form the copolymer styrene-divinylbenzene. The majority of styrene-divinylbenzene is used for ion exchange resins or for other rubber or plastic applications. This application brief describes the use of a Quasar™ C18 column for the analysis of styrene, CMS and DVB.