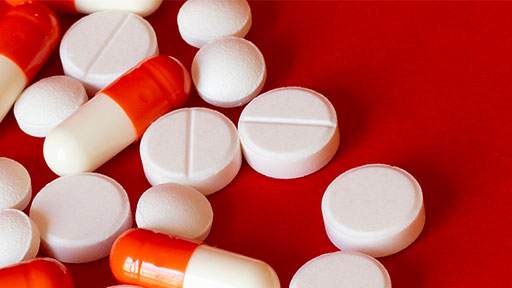 Acetaminophen, aspirin and caffeine used in combination are an effective method of treating acute headaches and migraines. The combination of these substances is considered superior to acetaminophen alone in the treatment of headaches. There are other benefits due to the individual components of the tablets. Acetaminophen (also known as paracetamol) is the most common analgesic and antipyretic around the world. It is an effective treatment for acute primary headaches and can be combined with tramadol to treat cluster headaches. Acetaminophen has a very low risk of causing allergic reactions, thus can be used by those with bronchial asthma. Aspirin is a first-line therapy to treat moderate to severe primary headaches as well as reducing pain, fever and inflammation. However, it is not taken by children under twelve due to the risk of Reye syndrome. Caffeine is considered an effective treatment for various types of headaches, including post-dural puncture headaches and hypnic headaches. It also provides an increase in high energy exercise tolerance and reduces fatigue.

These drugs combined are commonly sold under the brand names Anadin Extra in the UK and Excedrin in the U.S. The United States Federal Drug Administration (FDA) recognize the combination of aspirin (250 mg), acetaminophen (250 mg), and caffeine (65 mg) as safe and effective and as an accepted concentration of active compounds in the tablets. Excedrin Migraine tablets contain this combination and in 2019 sold approximately 13.1 million units.

This application brief describes the use of a Quasar™ C18 column for the analysis of acetaminophen, aspirin and caffeine in accordance with the official Acetaminophen, Aspirin, and Caffeine Tablets USP monograph.