The protein tomato (L. esculentum) lectin is widely used for vascular labeling because the protein has high binding affinity for glycoprotein N-acetylglucosamines on the surface of vascular endothelial cells. TLectinSense™ 680 is a near-infrared fluorescent imaging probe which is comprised of the tomato lectin protein and a near-infrared fluorophore. TLectinSense 680 targets the vasculature and enables imaging of blood vessels and angiogenesis. It was designed and optimized for use in living animals. It can be used in assessing vascularity in vivo and in real time, without termination of mice, excision and processing of the tissue. It can also be used for improving the efficacy, early detection and monitoring of anti-angiogenic therapies.

Tumors induce significant blood vessel development in order to support their aggressive growth and progression. The extensive and disordered nature of tumor vasculature impairs drug delivery and efficacy. Therefore, destroying the tumor vasculature and/or inhibiting neo-vascularization have become well-accepted and proven cancer treatment strategies. TLectinSense 680 targets the surface of vascular endothelial cells and can be used for quantitation of vascular burden across different tumor cell lines. 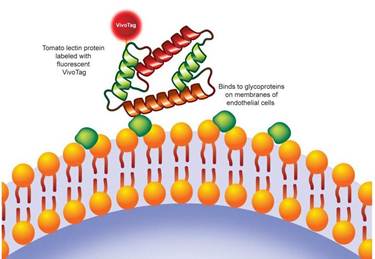 Figure 1: TLectinSense 680 mechanism of action. A near infrared fluorophore (VivoTag 680 XL) was conjugated to the tomato lectin protein to produce the imaging agent. 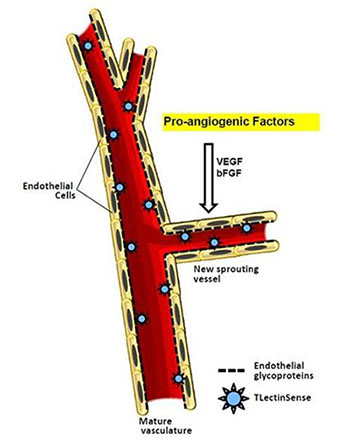 The recommended procedure for in vivo imaging with TLectinSense 680 is intravenous administration and imaging 6 hours post injection.

View instructions on setting up an in vivo mouse experiment with TLectinSense 680 and imaging on an IVIS or FMT system. 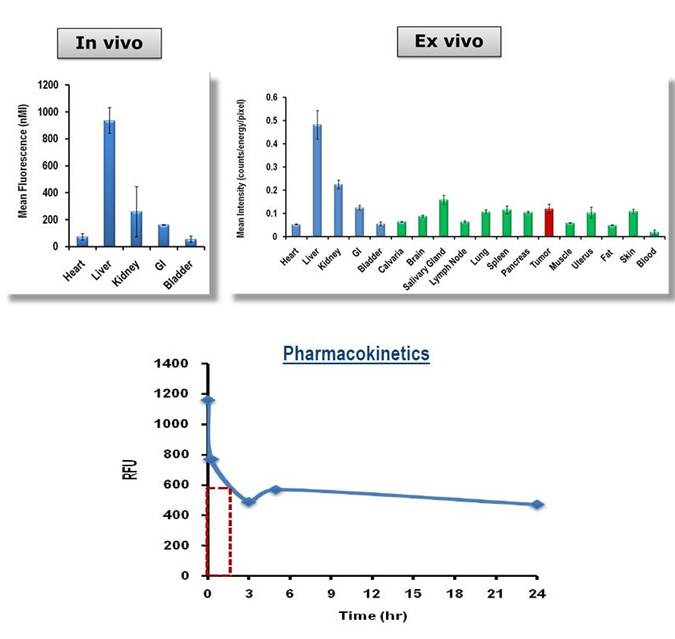 Figure 3: A) LLC tumor-bearing mice were injected with TLectinSense 680, imaged tomographically at 6 hours and fluorescence was quantified in 5 different organs. Tissues were then collected and fluorescence assessed by planar imaging (ex vivo). Mean counts/energy for each tissue were determined as a measure of tissue brightness. B) The plasma pharmacokinetic profile was assessed by injecting CD1 mice (3/time point), collecting plasma at multiple times post-injection and measuring plasma fluorescence. 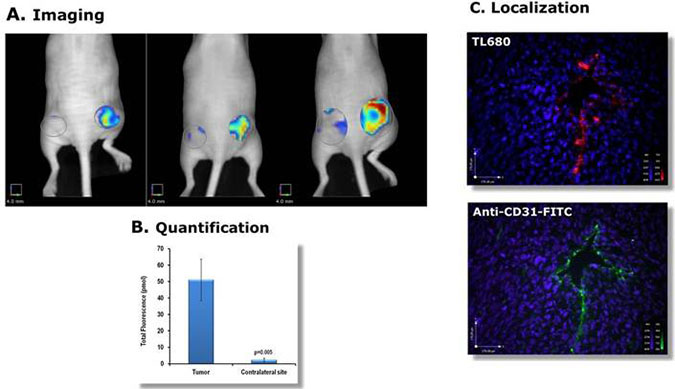 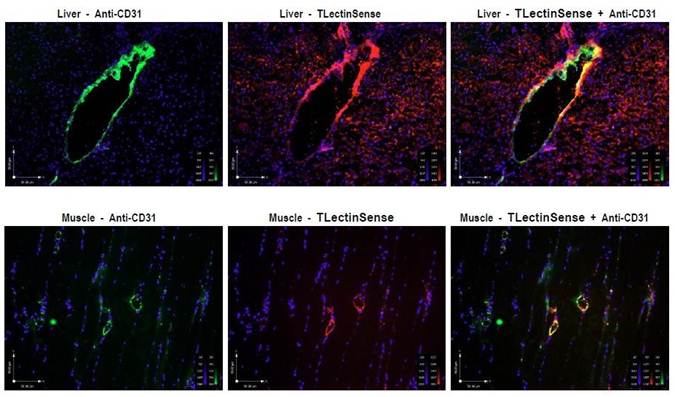 Figure 5: Labels vasculature in normal tissues. In vivo administration of TLectinSense 680 also shows labeling of the liver and muscle vasculature, as confirmed by ex vivo co-localization with Anti-CD31-FITC.

TLectinSense 680 enables imaging of endothelial glycoproteins in endothelial cells such as HUVEC.

We have validated TLectinSense 680 for use with fluorescence microscopes and flow cytometers. Here is a brief protocol with a recommended concentration of agent to use:

Figure 6: Human umbilical vein endothelial cells (HUVEC) were incubated with TLectinSense 680 in the absence (TL680) or presence (Competition) of 50X unlabeled lectin and visualized by fluorescence microscopy. DAPI nuclear staining is in blue and TLectinSense 680 signal is shown in red. 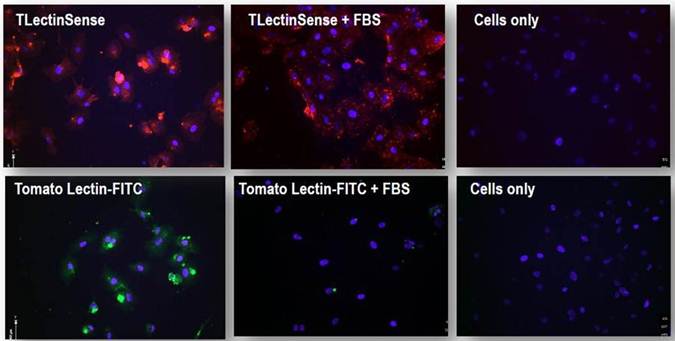 Please visit our Citations Library for references using TLectinSense 680 on the IVIS or on the FMT.