Renin is a peptide hormone secreted by the kidney from granular cells of the juxtaglomerular apparatus. This secretion is the first step in a cascade of events that leads to increased blood pressure. Renin is upregulated in response to sympathetic nervous system activity, a decrease in arterial blood pressure, or a decrease in plasma sodium chloride levels. Specifically, renin upregulation leads to increased blood pressure by cleaving angiotensinogen (produced in the liver) to yield angiotensin I, which is further converted to angiotensin II. Angiotensin II constricts blood vessels, increases aldosterone secretion from the adrenals, and stimulates a thirst reflex.

ReninSense™ 680 FAST is a renin activatable agent that is optically silent upon injection and produces fluorescent signal after cleavage by renin produced in the kidneys. The Renin-Angiotensin System (RAS) is the hormone system involved in regulating blood pressure and fluid balance in the body. ReninSense 680 FAST may be used to monitor abnormal RAS function, progression of disease, and the efficacy of therapeutic treatment in disorders such as hypertension and cardiovascular disease and some neurological diseases. Specifically, ReninSense 680 FAST is recognized and activated by rodent forms of renin in preclinical animal models. 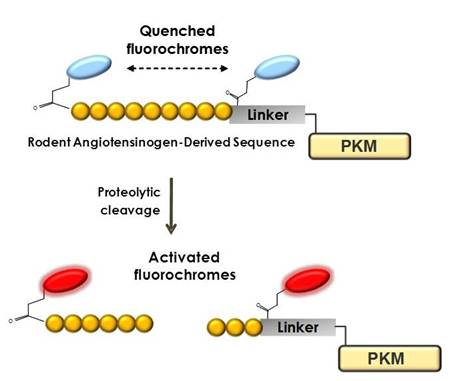 The recommended procedure for in vivo imaging with ReninSense 680 FAST is administration via intravenous injection and imaging 24 hours post injection. Earlier and later time points may be appropriate for some disease models, and the optimal imaging time point for any application should be determined empirically. 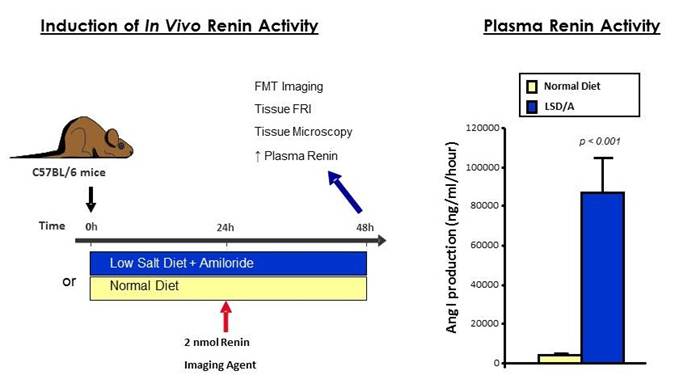 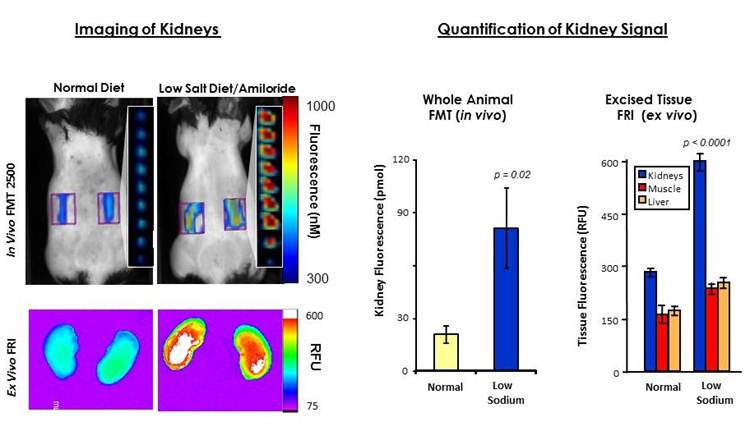 Figure 3B: Non-invasive imaging of kidneys from mice treated as shown in Figure 3A. Using FMT 2500 and ReninSense 680 FAST, upregulation of renin can be detected in LSD/A-induced mice (left panel). This was confirmed by ex vivo assessment of the tissue (right panel). 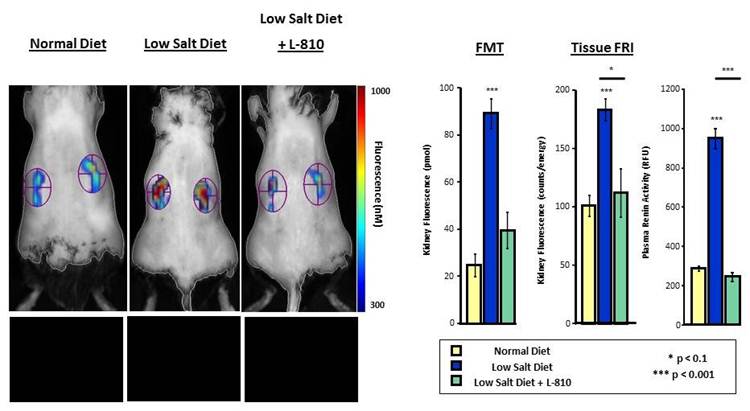 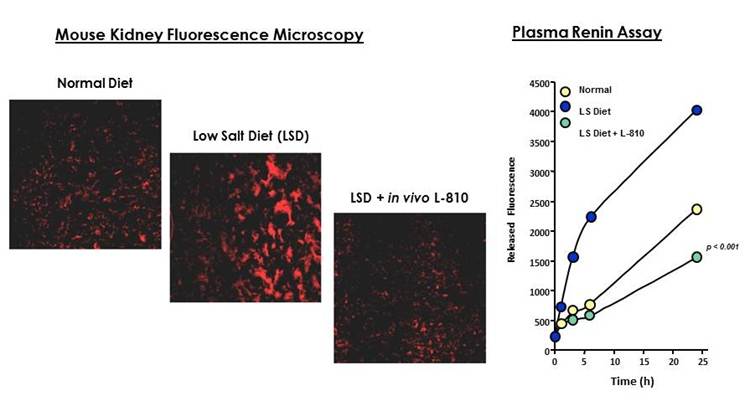 We have validated ReninSense 680 FAST for use with frozen tissue samples (kidney tissue). Here is a brief protocol with a recommended concentration of agent to use:

A. No, ReninSense 680 FAST is intended for animal research only and not for use in humans.

Q. Where do I draw the blood and can the blood samples be stored and read at a later date?

A. The blood can be drawn however you are comfortable. Our experts do not recommend storing the samples because it can affect the fluorescent signal.

Please visit our Citations Library for references using ReninSense 680 FAST on the IVIS or on the FMT.