Bone diseases such as osteoporosis can cause bones to become brittle and weak, resulting in fractures that can lead to long-term pain and limit mobility. Metastasis of breast and other cancers to bone can also cause significant pain and morbidity due to osteolysis and bone resorption. 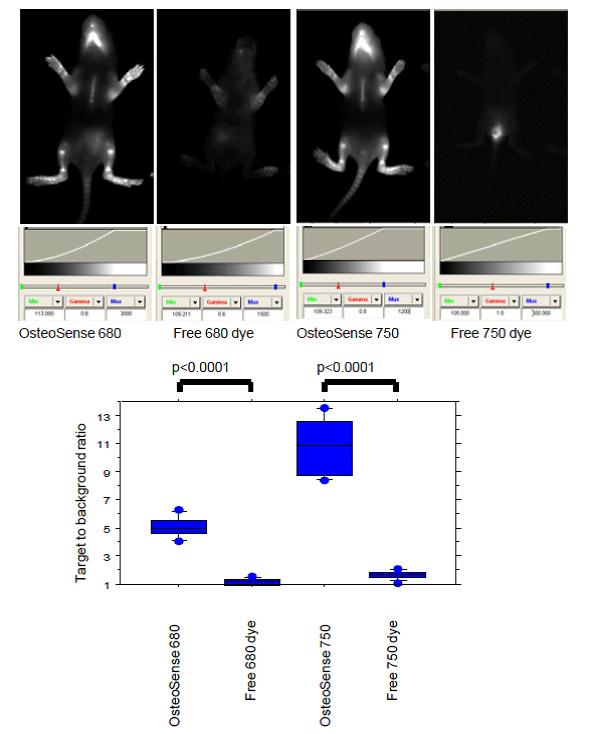 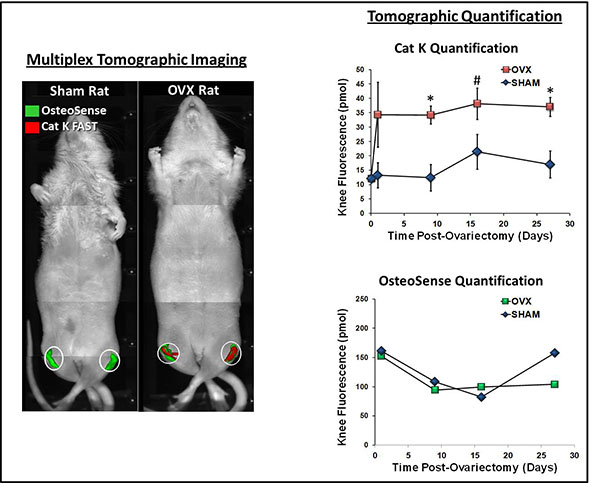 Figure 2. Sprague Dawley rats (Charles River Laboratories) were ovariectomized and depilated to allow imaging of the lower torso and legs by FMT 2500. Rats were injected intravenously with Cat K 680 FAST and OsteoSense 750EX for imaging 24h later. For subsequent time points, rats were pre-imaged and then re-injected with imaging agents for imaging 24h later. OsteoSense quantification was determined by subtraction of pre-image results. Graphs show no difference in OsteoSense incorporation into the knee region, however a significant increase in Cat K FAST signal was seen as early as one day post surgery. Symbols indicate statistical significance (*p < 0.01, # p < 0.05).