Target cells are first loaded with an acetoxymethyl ester of BATDA. The ligand penetrates the cell membrane quickly. Within the cell, the ester bonds are hydrolyzed to form a hydrophilic ligand (TDA), which no longer passes through the cell membrane.

Figure 1. Principle of cell labeling. After BATDA ligand has penetrated the cell membrane, it is hydrolyzed to TDA by the acetyl esterases in the cell.

Figure 2. Detection of the released TDA. When effector cells are mixed with target cells, the target cells are lysed. After addition of Eu3+ solution to the sample, a fluorescent chelate is formed.
top

Required reagents available from other suppliers:

The protocol used in DELFIA cell cytotoxicity assays is summarized in Figure 3. Please refer to the manual for more-detailed information. 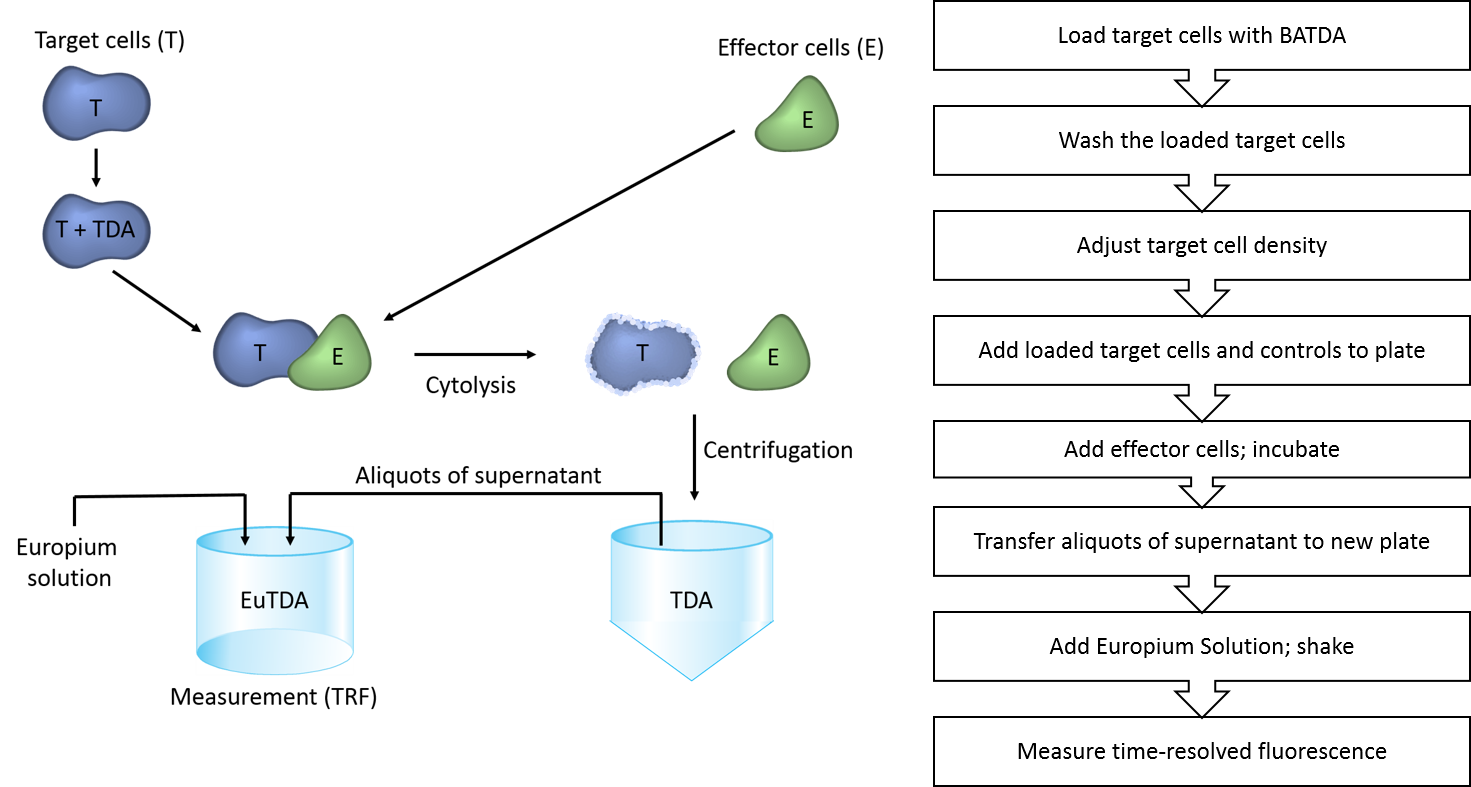 Background (media without cells): An aliquot is taken immediately from the diluted, loaded target cell suspension; this is then centrifuged to pellet the cells. 100 µL of supernatant is pipetted into wells and 100 µL of medium is added.

Probenecid*: An inhibitor of the multidrug resistance transporter (MDR); needed for some cell types to prevent spontaneous release. Probenecid should be prepared fresh every day at a stock concentration of 250 mM, and used at a working concentration of 2.5 mM.

* Mitomycin C and sulfinpyrazone can also be used.

Application notes, example of data, and other resources