Standard curves produced with saturable bimolecular detection systems, such as AlphaScreen, are atypical. These curves are often bell-shaped and characterized by a titratable signal decrease (hook effect) following a plateau obtained after an initial concentration-dependent signal increase. The range of target molecules' (analytes or binding partners) concentrations where the signal starts to drop is called the hook point. Below the hook point, both Donor and Acceptor beads become progressively saturated by the target molecule and a signal increase is measured. At the hook point, either the Donor or the Acceptor component is saturated with the target molecule and a maximum signal is detected. Above the hook point, an excess of target molecules oversaturates the Donor and the Acceptor beads, which inhibits their association and causes a progressive signal decrease. 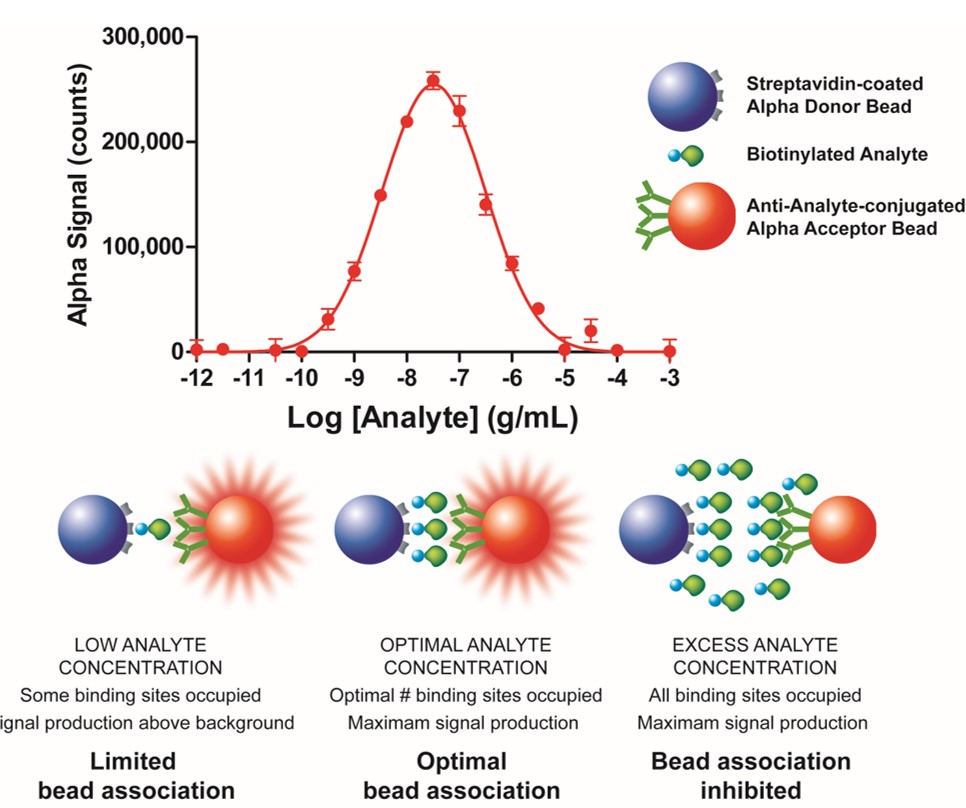