Congratulations to the Distinguished and Early Innovator Award Winners!

In our continuous efforts to recognize innovation across the Company, we recently awarded six employees for their work and commitment to invention and science: Joe Trometer has been innovating for PerkinElmer for more than 30 years. After receiving his PhD from Dartmouth College, Joe initially used his knowledge to educate others as a professor of organic chemistry before realizing that he wanted to make a career change that would help him make an even larger impact on the world around him. In his time at PerkinElmer, Joe has served as a mentor, collaborating with his team to develop lysosomal storage disorder (LSD) assays to detect a number of rare inherited metabolic disorders from a single dried blood spot. These solutions enable earlier detection in newborns to support better outcomes for their families.

Over the course of his career, Joe has been awarded six patents and has co-authored several peer-reviewed publications, most notably a study on the efficacy of using tandem mass spectrometry for newborn screening of LSDs, featured in the National Center for Biotechnology Information.

In addition to his work creating innovative solutions, Joe is also responsible for assisting in the U.S. federal regulatory approval process and leading PerkinElmer’s Customer Contract Manufacturing Services (CCMS), which allows scientists access to our advanced reagents for clinical research.

With this award, PerkinElmer granted Joe $5,000 to donate to the charity of his choice. Joe chose Community Servings, a non-profit organization based in Jamaica Plain, Massachusetts that provides medically tailored meals and nutrition services to individuals and families living with critical and chronic illnesses. 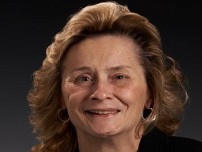 Susan McIntosh joined PerkinElmer in 1981 as a product specialist and has been a vital member of the team ever since, providing product knowledge to internal and external customers, assisting with product development and leading the global research and development team. Over the course of her career, Susan has been a key contributor in supporting our chromatography, mass spectrometry, spectroscopy, material characteristics and software platforms.

Some of Susan’s many accomplishments in her time at PerkinElmer include assisting with the establishment of our research and development team in Singapore and relocating ICP-MS production from our Shelton site to Canada, integrating Analytica. Her colleagues describe her as dedicated and courageous. Throughout her 39 years of service, she has been committed to mentoring her employees and peers for the success of PerkinElmer.

As part of this award, Susan also received $5,000 to donate the charity of her choosing. Susan selected the Southbury Food Bank, an organization based in Southbury, Connecticut whose mission is to provide assistance to neighbors in need as they strive to create a hunger-free community. 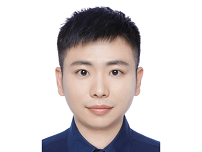 A customer-focused strategic researcher, new product introduction manager Patrick Hu has been innovating for PerkinElmer since 2013. As a member of our immunodiagnostic research and development team in Taicang, China, he was instrumental in the creation of the SuperFlex chemiluminescence benchtop system that launched in China in 2019. The platform can be used for a number of different applications including cardiovascular, infectious disease and gynecological testing, and has ushered in a new era of point-of-care with its advanced methodology and precision testing. Throughout the development of this revolutionary product, Patrick worked closely with colleagues around the globe, demonstrating a unique aptitude for leadership and collaboration.

Before beginning his work at PerkinElmer, Patrick graduated with a master’s degree in applied biomolecular technology from the University of Nottingham. 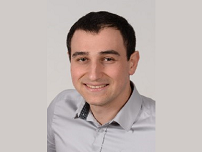 An expert in cell signaling and detection technologies, research and development project leader Michaël Mathieu holds an engineering degree in biotechnology from Polytech Marseille. Michaël joined Cisbio, now a PerkinElmer company, in 2018 and has been an invaluable asset in the development of an HRTF cell-based assay portfolio dedicated to the investigation of the TAU (Tubulin Associated Unit) protein. His ability to efficiently conquer each challenge that comes his way has enabled him to develop key pillar solutions in the PerkinElmer reagent portfolio for neurodegenerative diseases. Software research lead Abdul Al-Haimi leads PerkinElmer’s Innovation Outpost in Waterloo, Canada. A specialist in all things artificial intelligence (AI), Abdul works closely with each of our market segments, identifying opportunities to apply AI to improve our offerings. Specifically, Abdul has been instrumental in implementing the technology across a number of applications for our products, including image reconstruction, clinical data mapping, spectral interference correction and calibration models for food analysis. His ability to proactively collaborate with colleagues around the world has allowed him to evaluate risk and efficiently take these technologies to market.

Prior to joining PerkinElmer, Abdul launched both a consulting tech startup and a hardware/software startup. He holds a bachelor’s degree in computer science and master’s degrees in both business, entrepreneurship and technology and management sciences. Turku-based principle application scientist Ville Veikkolainen is a connoisseur of molecular diagnostics and highly regarded among his colleagues and peers for his extensive research and novel innovations. Ville holds a master’s degree in biology from the University of Freiburg and a PhD in molecular biology from the University of Turku. At PerkinElmer, his work on a CMV qPCR assay has been invaluable in driving innovative neonatal and prenatal solutions.